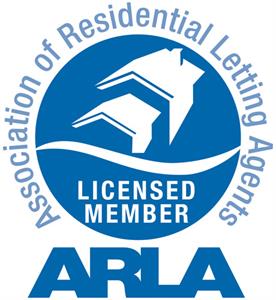 The lettings industry has poured scorn and fury on Labour’s proposed reforms for the private rented sector, amid fears that landlords will desert the industry in droves. Labour – keen to capture votes from Generation Rent – plans to introduce three-year tenancies as the norm, impose rent controls, and ban agents from charging fees to tenants. It would also make evictions harder. Landlords would have to give two months’ notice and cite one of three grounds – sale of property, rent arrears, or anti-social behaviour. However, tenants would be able to give one month’s notice whenever they wished. Tenancies would run for a six-month probation period, and then automatically continue for another 29 months. Ian Potter, managing director of ARLA, accused Labour of political posturing ahead of this month’s local and European elections. He warned that the proposals would cause “lasting damage” to the supply and quality of private rental homes, and said that none of the reforms proposed were the ones actually needed to protect consumers. In Labour’s pledges, there is no mention of protection of client money, or regulation of the industry to impose minimum standards and stop anyone setting up as a letting agent as well as drive out crooks. Potter said that Labour’s stance appeared to be quite different from when Jack Dromey was shadow housing minister, and added: “Emma Reynolds, the current shadow housing minister, has ducked and dived, and consistently refused to engage with us.” He said: “Political posturing, when it has such an impact on people’s lives, is unfair.” He also pointed out that three-year tenancies will have to be enacted by deed and require a legal presence. He said: “Tactics such as proposals for rent controls may gain traction, but a simple history lesson looking at similar policies from 1919, 1939 and the 1960s will show that they only lead to a significant lack of investment in existing properties and new rentals. Labour’s pledge is short-sighted.” Meanwhile, Emma Reynolds herself took to Twitter to send out a series of messages about the reforms, including accusations that the Tories had abandoned Generation Rent. She also tweeted: “We are proposing predictable rents so that tenants and landlords can plan & have certainty. The market will set rent at start of tenancy.” Trade union Unite said Labour’s proposals were “a progressive step forward”.