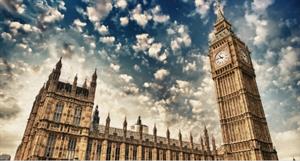 The chancellor, George Osborne has announced the introduction of a Help to Buy ISA, due to be launched in the Autumn.

The Help-to-Buy ISA will see first time buyers given a boost by the Government increasing their savings by 25%.

The Chancellor revealed that for every £200 people save for a deposit the government will top up by £50.

Once savers are ready to buy a home they will withdraw their savings and receive a government bonus of 25% of the total account balance. The government bonus will be capped at a total of £3,000.

The Government bonus can only be put towards a first home located in the UK with a purchase value up to £450,000 in London and up to £250,000 in all other parts of the UK.

First time buyers can make an initial deposit of £1,000 when the account is opened in addition to normal monthly savings.

Accounts are limited to one per person rather than one per home, so those buying together can both receive a bonus.

It is anticipated that up to 1.2 million people will take advantage of a government bonus from the scheme.

Mr Osborne had this to say: “We are working hand-in-hand with first time buyers. For a person saving £12,000 we will match them with £3,000 of government money. Britain is walking tall again and we are seeing a truly national recovery.”

Richard Sexton, director of e.surv chartered surveyors, said: “George Osborne’s Help to Buy ISA announcement will electrify the first-time buyer segment of the market.  Autumn’s stamp duty shake-up created a stimulus for  the housing market, and today’s revelation should turn up the wattage even further, spurring lower-end activity.  If – that is – there are enough houses for first-timers to buy.

We have been waiting for consumer confidence to return, and this Budget bolt out of the blue could be exactly what is needed.  The top-up system will provide a route around the problem of saving for a deposit while interest rates are low. And banks are primed, ready and willing to lend to worthy borrowers at higher LTVs.

Meanwhile, over the last year, the lending landscape has been overhauled with new regulation, meaning even though first-timers are being given a massive boost, there will be no risk to the sustainability of the recovery.  This is an attempt to remove the barriers created for first-timers in the recession, rather than an attempt to win younger votes.”