Does your home earn more than you do? 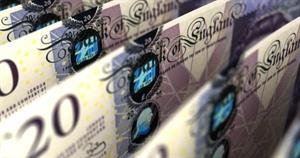 According to new Halifax research, during the last 2 years, average house prices have outstripped the average employee's net earnings in almost one in five local authority districts in the UK.

The research highlighted that the vast majority of these areas are in London, the South East, and East, representing 68 of the 73 areas where homes earn more than the people who live in them. The largest difference was in Hammersmith and Fulham, where house prices increased by an average of £199,930 over the last two years, exceeding average take-home earnings in the area by £143,232. Eight London boroughs appeared in the top ten.

Cotswold was the best performer outside London, the South East and East with house price gains exceeding earnings by £31,222. The Leicestershire areas of Melton and Harborough also saw average house prices increase by more than earnings in 2013 and 2014 with price gains in excess of earnings by £9,358 and £6,938 respectively.

Over the past five years, twenty-three local areas in the UK have seen average house prices increase by more than total average pay. In Islington, average property prices have increased by £258,498, surpassing average take-home pay during the period by £123,041. Again, the top six performers are all in London, but outside the Capital, Elmbridge in Surrey has seen the biggest rise in prices in relation to total earnings in the past five years (£51,854). All 23 areas are in London and the South East.

House prices nationally increased by 9% in 2014; the biggest annual rise since 2007. Average prices rose particularly sharply in London (16%) and the South East (11%), and as a result, average prices increased by more than total take-home pay in one quarter of LADs (95 out of 384). The majority of these areas are in London and the south of England. Most of the best performers outside the south are in the West Midlands including Malvern Hills, Wychavon and South Staffordshire.

Over the past decade, house prices have increased by more than total pay in just two areas across the UK: Hackney and Hammersmith & Fulham.

Martin Ellis, housing economist at Halifax, commented: “The housing market recovery over the past couple of years has resulted in some substantial prices rises in some areas of the country, particularly in London and the South East. This has resulted in homes increasing in value by more than total take-home earnings for the average homeowner in some areas of the country.

This is good news for some homeowners. At the same time, it is challenging news for those looking to buy their first home in such areas, with prices being pushed out of range for many young people.”