Duncan Smith demands that George Osborne’s war on landlords is called off. 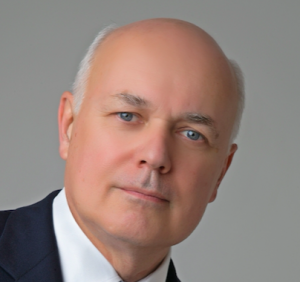 Prominent Tory MP Iain Duncan Smith has said the Government should call off the fight against private landlords.

The former Secretary of State for Work and Pensions said it was time to reconsider “the way we treat private landlords”.

He went on: “A large number of them are talking about no longer buying to let, and they blame it on George Osborne’s decision to impose a Stamp Duty levy on the purchase of homes to rent, to restrict mortgage interest relief to the basic rate of income tax, and to tax a landlord’s turnover rather than profits.

“This, they believe, has led to private landlords scaling back their operations or even leaving the sector altogether.

“We should all be concerned about this, because private landlords are a significant provider of the additional housing we need.

“We won’t be able to provide all the housing in the medium term through aggressive building programmes alone. We will need other sources of accommodation, as well.

“That’s why we should be encouraging them with devices such as VAT relief on conversions or even capital allowances, not punishing them.

“Despite what has been said and written, they’re not enormous property magnates, for the most part, but often people using the market to help provide retirement income in later life or assets to pass on to their children.”

Duncan Smith, a former leader of the party, was writing in Conservative Home.

Red Hot Lettings Market
The residential sales and lettings marketing remain busy!
Sterling Are Gearing Up To Celebrate Our 20th Anniversary
A lovely review for the team in Kings Langley
NEW RECRUIT FOR STERLING LETTINGS
Promotion Within Sterling Estate Agents
CALLS TO EXTEND THE STAMP DUTY HOLIDAY!
Another Clean Sweep For Sterling In 2020