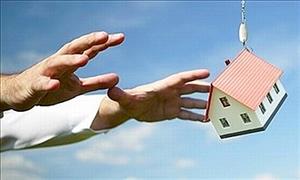 Ministers are reportedly considering a crackdown on buyers and sellers who pull out of a deal at the last minute, or who try to gazump or gazunder each other.

They are considering making house purchases legally binding much earlier in the process – for example, at the stage where an offer is accepted.

If either the buyer or seller pulled out afterwards, they would have to pay the other party’s costs.

In the March Budget the Government said: “We will publish a call for evidence on how to make the process better value for money and more consumer friendly.”

It now appears that the Government is gearing up to call for that evidence, through a consultation on speeding up and improving the home buying process.

A spokesperson has ruled out simply importing the Scottish system wholesale south of the border.

In Scotland, deals are binding once missives are exchanged, which rules out gazumping and gazundering.

Mark Hayward, managing director of the National Association of Estate Agents, told BBC Radio 5 Live that other alternatives could be having a pre-contract agreement or charging the buyer a deposit, but warned these were unlikely to be popular solutions.

He also warned that the Scottish system, where gazumping is banned, is by no means perfect.

He said: “The Scottish system is sometimes referred to as the ideal system, but if you speak to people in Scotland they may disagree. The onus is on the purchaser who has to have carried out all the checks before making an offer on the off-chance that it would get accepted.

“We perhaps need a hybrid system. In France you have a ten-day cooling-off period after an offer is accepted.”

Hayward added that the whole ‘100-year-old’ legal process of buying a property needed an overhaul.

Agent Chris Wood, of PDQ Property, agreed with this stance. He told EYE: “Gazumping is a problem but it is not the main problem

“The problem doesn’t happen as often as people think.

“What is needed is a review of the process so there are minimum statutory time periods that parties like solicitors and mortgage lenders have to respond in.

“Banning gazumping won’t solve the problem of delayed or failed property sales. Some would say that is just how the price is tested.”

He said it would also help if all councils were online so searches could be done more easily.