House prices will be stable throughout 2012 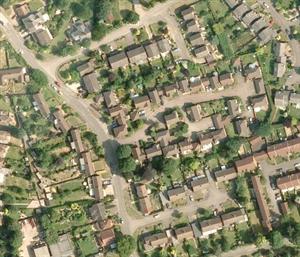 The "highly resilient" housing market will not suffer a slump in 2012 but will instead remain subdued and stable, according to a forecast released by Halifax.

Despite the significant deterioration in the outlook for both the UK and global economies, the housing market has held up with the current average sale price of a house – £161,731 – little changed from the end of last year.

Halifax expects little movement in prices in 2012 – estimating movement somewhere between a 2% increase or decrease – but with the market set to be strongest in London and the south-east there are further signs of a north/south divide in fortunes.

Halifax's outlook is based on Bank of England interest rates remaining at a record low of 0.5% throughout 2012, and the positive impact this will have on levels of forced selling and in mortgage affordability for homebuyers.

Martin Ellis, Halifax's housing economist, said: "This resilience in the face of very challenging economic conditions provides encouragement regarding the prospects for next year."

The Halifax noted that the rate of mortgage affordability for new borrowers was at its lowest point since 1997, having fallen from a peak of 48% of average disposable earnings in 2007 to 26% in the third quarter of 2011, which is significantly below the average of 37% over the past 25 years.

Halifax said the favourable affordability position will help to keep down the numbers of homeowners forced to sell their properties because they cannot keep up with mortgage payments.

When the number of forced sellers is high there is usually a sharp fall in house prices, so this scenario is more likely to be avoided with an affordable interest rate.

However, the Halifax warned that demand for housing will be constrained by the weak economic growth and the prospect of high levels of unemployment led by large scale public sector job losses.

Pressure on household finances is also likely to be a factor in subdued demand for housing, as families continue to keep a tight hold on their purse strings and focus on reducing their debts.

Ellis said: "Overall, we expect continuing broad stability in house prices nationally during 2012. Prices are again likely to end the year at levels close to where they begin with the market continuing to lack any real direction."

Recently, Halifax reported house prices had fallen by 0.9% in November, reversing a 1.2% in October.