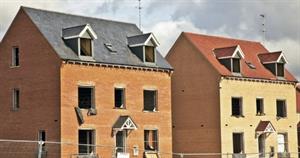 So-called “section 106” agreements, which attach conditions on a planning permission being granted, can often lead to extended negotiations that delay the planning application process.

The Housing and Planning Minister is seeking views on plans to speed up the process, getting planning permission agreed and workers on site more quickly.

Mr Lewis said: "Section 106 planning agreements can bring great benefits to local communities but too often they drag out planning applications for months. That’s why today I’m proposing measures that will speed up the process, get planning permissions granted quicker and workers on site earlier, all the while keeping the community benefits that these agreements can bring."

Housebuilding is an important part of the government’s long-term economic plan – with around 700,000 new homes provided since the end of 2009.

Section 106 agreements put requirements on planning applicants to make the proposals suitable for the area. These include mitigating a scheme’s impact such as through requiring improved transport to service it, providing an affordable housing element or requiring contributions from the applicant to be spent on other local schemes.

But they can add months to the planning process – stalling work on the homes communities want.

-requiring parties to start discussions at the beginning of the planning application process, rather than the current system where negotiations can often start towards the end

-potential legislation in the next Parliament to give new measures teeth

This is the latest in a range of measures the government has taken to improve the planning system. Others include:

-introducing the National Planning Policy Framework to cut more than 1,000 pages of planning guidance to around 50

-removing the requirement for affordable housing and other contributions from small developers, saving up to £140,000 per home

All this has been done while maintaining strong protections for the green belt, which continues to prevent urban sprawl.