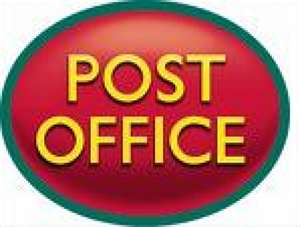 The new rates have been lowered by up to 1.24% and include a range of competitive loans for first-time buyers only requiring a 10% deposit.

The new rates will be available to customers from tomorrow (21 September), offering first-time buyers, movers, and remortgage customers a wide range of choice and flexibility, with deals from 75% up to 90% LTV.

The Post Office has expanded its range of five-year fixed rate products, with many of the deals now offering £300 cashback, no arrangement or booking fees and can include free standard legal work and a standard valuation.

It has also withdrawn its range of buy-to-let mortgages for the short to medium term, enabling it to focus efforts on helping first time buyers, movers and remortgage customers to get a competitive mortgage.

Mike Cook, head of mortgages at the Post Office, said: “Many of the five year fixes that are heavily advertised are only for borrowers with a large 25% to 40% deposit, which excludes many first-time buyers or those moving up the property ladder. If you only have a 10% deposit, our 4.99% five-year fixed rate offers excellent value, and protects borrowers from any potential bank base rate rises during the fixed rate period.

The announcement of these new rates comes at a time when mortgage lending looks to be getting stronger, with figures out today from the Council of Mortgage Lenders showing gross lending to be up by 10% on last year’s figures. The amount of mortgage lending in August was estimated to be £13.4 billion, a 6% rise from £12.6 billion in July.

Bob Pannell, chief economist at CML, said: “Much of the recent variation in monthly lending figures appears to have reflected seasonal factors, with the underlying picture being one of activity levels that continue to be subdued but broadly stable.

“The August performance more or less offset the weaker than expected July figure. Taking July and August together, lending has shown little change on the same months of 2009 and 2010.”