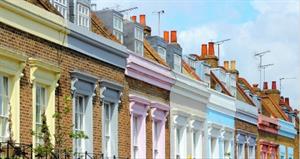 A recent survey has found that property continues to be the investment category of choice for UK investors.

An independent survey of 2,400 UK investors, conducted by leading researcher OnePoll on behalf of specialist investment company Select Property, has revealed that there is growing confidence in the UK economy which is causing investors to become increasingly active.

The research found that 60% are ‘confident’ or ‘very confident’ in the UK property market and when asked which investment vehicle they would choose if they were given £100,000, more respondents chose real estate (40%) than any other asset. Unsurprisingly the most popular property types are buy-to-lets (44%) and family homes (43%) although quite a large proportion (21%) have invested in student accommodation.

57% are confident in the UK economy, while more than two-thirds (64%) consider the UK to be the safest place for investments and 40% believe it to be the most profitable global market. These stats support the latest industry reports about the health of the UK economy from the CBI and the British Chambers of Commerce (BCC) and with less than a year to go until the general election these figures are a good indication of how effective recent government measures have been.

The most popular investment classes identified by investors are ISAs, stocks and property, although 7% said they have previously invested in unusual assets such as films, wine and stamps. The average budget when making a new investment is £30,200 while 15% of respondents said they regularly spend more than £60,000. 32% said that their investment budgets had grown over the past five years.

The results from the survey also highlighted that the gap between London investors and the rest of the UK continues, with Londoners standing out as the most confident and active investors. They have the highest average investment budget of £37,229, are most likely to have already invested in property (50%) and are also more likely to increase their investment portfolio over the next 12 months (44%). Londoners were also most heavily affected by the recent pension reforms with 31% stating that they had changed their retirement plans since the announcements which suggests that they may be more reactive and willing to alter their investment strategies.

Select Property is headquartered in Alderley Edge which is part of Chancellor of the Exchequer George Osborne’s constituency.

About the research he said:

“I’m always a supporter of businesses in my constituency and Select Property’s research is interesting and welcome.”

“Over the last six months it’s been clear to us that there has been a resurgence in the number of active British investors. The results from our research into UK investment trends confirms this and emphasises just how optimistic the mood is at the moment.

The widespread confidence is a good indication that the majority of the population is now focusing on the future rather than dwelling on the past which will serve to further improve the health of the property market and economy in general.”