Rental Properties Are Being Snapped Up Across The UK 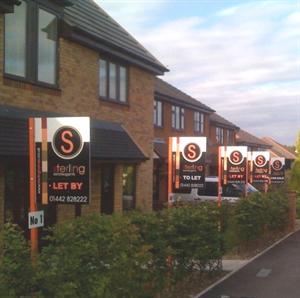 UK private rental properties are being let within 15 days on average - 5 days quicker than a year ago, reports the letting agent and property services group Countrywide.

The latest findings from a quarterly branch survey reveals that there are an average of 4.4 tenants vying for each property across the UK; with the South West generating the greatest demand with an average of 5.9 tenants.

Agents throughout the UK reported a significant lack of property supply with the average number of properties available to let falling by 29%.

Leading high street names took part in the survey, such as Sterling Estate Agents, which confirmed that two bedroom houses remained the most sought after property type in the final quarter of the year.

The findings of the survey also revealed that the proportion of three and four bedroom properties entering the rental market has steadily grown across the UK - increasing by 3% over the last quarter and 2% compared to Q4 2009.

Benjamin James Bird, Partner of Sterling Estate Agents said: "The rental market has seen record levels of demand in 2010. In the final quarter, whilst we experienced the traditional slowdown, the continuing demand is seeing many properties in prime locations having new tenants secured within hours of coming onto the market.

"We are seeing a change in the demographic of tenants with a growing number of professional tenants emerging across the country, as affordability issues facing homebuyers that are unable to sell or raise the capital to buy their next home. These wider economic issues are reflected in our rental stock, with a growing number of 3 and 4 bedroom family homes entering the market but the greatest demand is for 2 bedroom apartments and houses which are still in short supply."

* South West: Studio flats and one bedroom properties were in greatest demand, making up 25% of the properties let in the South West during Q4 2010.

* East Midlands: 32% of all new rental properties coming onto the market were three bedroom properties - an increase of 4% on the previous quarter and a 2% increase on the same period in 2009.

* London: This region saw the sharpest increase in the proportion of couples under 35 looking for rental accommodation, which made up 28% of all new tenant applications in Q4 2010 - up 9% compared to Q3 2010.

* Scotland: Four bedroom properties were in high demand with an average of 4.4 tenants trying to rent each rental property - up from 2.5% in Q3 2010.

* Wales: The properties most in demand were apartments, with 57% of all properties let in Q4 2010 being apartments