The government and businesses must adopt a two-pronged approach to deliver both short and long-term solutions to the housing crisis, claims a report from the CBI. 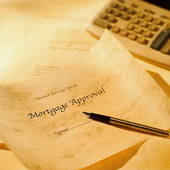 The government and businesses must adopt a two-pronged approach to deliver both short and long-term solutions to the housing crisis, claims a report from the CBI.

The CBI released a report today (11 November), Unfreezing the housing market, where it called on the government to get the housing market moving in the short-term, and help tackle structural failures to ensure long-term stability.

The short-term solutions included introducing a mortgage indemnity guarantee (MIG) insurance scheme to enable first-time buyers to take out low-deposit mortgages, and allow them to access savings locked up in their personal pension pots to boost their deposits. It is also asking for support to existing homeowners wanting to move house with special mortgage products designed for homeowners in negative equity.

John Cridland, director-general of CBI, said: “We have to do more to give our young people hope in the future and suport their aspirations to be home-owners. It is important we get credit flowing to those who need it most. We could reduce the risk of higher loan-to-value mortgages if the government encourage lenders to take out insurance against the borrower failing to meet payments.”

Recommendations for the longer-term include reducing the regulatory drag on house builders, ensuring that the planning system is pro-growth to make the building of more new houses possible, ensuring that financial regulatory reform does not restrict the avialibility of mortgages and reveiwing Stamp Duty, with a view to making it more progressive.

Cridland said: “It’s also crucial that the government presses ahead with relaxing some planning rules for ‘change for use’, particularly from commercial to residential. Owning a home has been a natural aspiration for generations of Britons since the 1950s, and should not become the preserve of a lucky few. Without a steady stream of first and second-time buyers, the housing market freezes and the whole economy suffers.”

These solutions were first mooted by Cridland in his speech at the CBI North-East Annual Dinner at the end of September. The speech received a mixed reaction from the property industry.

However, the CBI insists that housing is a vital part of the UK’s economy, and the stagnation seen in house sales has made the economic downturn worse. It accounted for around a third of the 6% drop in GDP during the recession, while the number of first-time buyers fell from a peak of 167,400 in 2001 to 36,200 in 2011.