The Return Of The Rogue Landlord 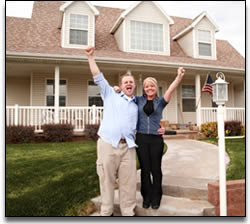 The return of the rogue landlord

In Monday’s edition of Dispatches, Jon Snow reveals shocking conditions tenants are forced to live in, highlighting the return of the slum landlord.

At a time when more people than ever are having to rent privately, and landlords are increasing rents to the extent that tenants are being priced out of certain areas of London and the South East, the programme uncovers a world where unscrupulous landlords exploit the most vulnerable people in society and get away with it.
It focuses on the internal workings of a rogue property empire in the North of England where the tenants live in terrible conditions and face bullying from their landlords. It also uncovers a disturbing new phenomenen, with people living in illegal sheds, essentially turning parts of London into slums, and paying £40 a week for the privilege.

On his Channel 4 blog, Jon Snow, who spent a month visiting flats and houses which he would not leave a dog in, urges everyone to sit through this shocking and upsetting watch. He is despairing of the state of the rental sector, with its lack of proper regulation. He says: “There is no register for landlords, no record kept of who is running all those buy-to-lets. Local authorities dare not inspect many establishments for fear that they will have to re-house those inside - they have nowhere to re-house anyone.”

Finding an honest landlord who lets out a decent home shouldn’t be about luck or guesswork: tenants should be able to make informed choices which also reinforces the reason to use a licensed estate agent. Sterling Estate Agents are one of the few fully regulated agents who adhere to a strict code of conduct and offer money protection for both tenants and landlords alike.

Benjamin James Bird BA(HONS) MNAEA MARLA partner at Sterling Estate Agents comments:
‘In these tough economic times it is very tempting for a tenant to rent privately to try and save money. In the first instance renting privately may seem appealing, however renting a property privately may not give tenants the protection they had hoped for with respect to fair and reasonable deductions at the end of a tenancy agreement, unreasonable rent increases and general lack of response to serious maintenance issues. Equally it is important for landlords to understand the correct legal procedures concerning holding deposits, inventories and the housing act.’

If you are looking to let a property call us for fully qualified and professional advice.