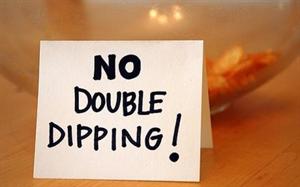 The Office for National Statistics (ONS) on Friday said gross domestic product grew at 1.2pc between April and June, unexpectedly upgrading its previous estimate of 1.1pc.

The advance - the strongest since the same figure was achieved in the first quarter of 2001 - was attributed to record-breaking gains in the construction sector, which helped lift the country's industrial production.

On the year, the economy expanded 1.7pc.

Recovery hopes were given a further boost this week from corporate Britain, as a slew of strong results from Britain's big companies appeared to contradict the gloomy outlook of many economists.

However, experts remained cautious on Friday, warning the second quarter would represent a peak in the rate of recovery and any further gains of this magnitude were unlikely.

"After such a large gain in Q2, and with the Government cancelling some spending on public infrastructure, it would be foolhardy to expect another large gain in the next quarter," Malcom Barr, economist with JP Morgan, told PA.

Philip Shaw, economist at Investec, said the revision made "little difference" to the conclusion that the economy expanded "very rapidly" over the quarter.

He added: "Recent indicators suggest the third quarter got off to a good start, so although the pace of expansion in the quarter as a whole seems highly unlikely to match that in Q2, it is possible nonetheless that the UK notches up a very respectable pace of output."

The pound fell more than 0.2pc against the dollar after the report, which showed slower services growth than previously estimated and a drop in fixed investment. The currency traded at $1.5508 as of 9:34am in London.

The yield on the benchmark two-year government bond was down 2 basis points on Friday at 0.618pc.

In general there is quiet optimism that the property market has almost fully recovered from the lack of transactions affecting both the Tring and the Hemel Hempstead markets throughout 2008 and 2009. Sterling Estate Agents in Hemel Hempstead & Tring also echoed similar sentiments with the announcement of their expansion plans:

'Our strong business plan and diverse business portfolio ensured that we continued to be successful throughout the difficult market conditions which presented themselves to us throughout 2008 and 2009. We have certainly come out the other end stronger and thanks to the experience and dedication of some of the best negotiators in the area we are now looking at expanding once again.'

'If you are thinking of selling or letting and want to have your home marketed by the areas most forward thinking estate agent we would recommend you contact either our Tring or Hemel offices on 01442 828222 or 01442 230888 respectively.'